These local payment options are handled by Novaplay — a gaming company started by e-sports firm Nodwin. Nodwin CEO Akshat Rathee who is also Novaplay’s co-founder had told Gadgets 360 that this was in the works prior to the recent demonetisation of Rs. 500 and Rs. 1,000 currency notes in India.

(Also see:  The State of E-Sports in India: Untapped Potential but It Doesn’t Have to Be)

With the ESL (Electronic Sports League) purchasing a stake in Nodwin, it should come as no surprise that the company is trying to establish itself in the nascent Indian digital downloads market through NovaPlay in addition to e-sports.”)}(“datalayer”,”z9f2640b1-0322-4dc9-abe1-678b1b8037e1″,true, 1 , 1); 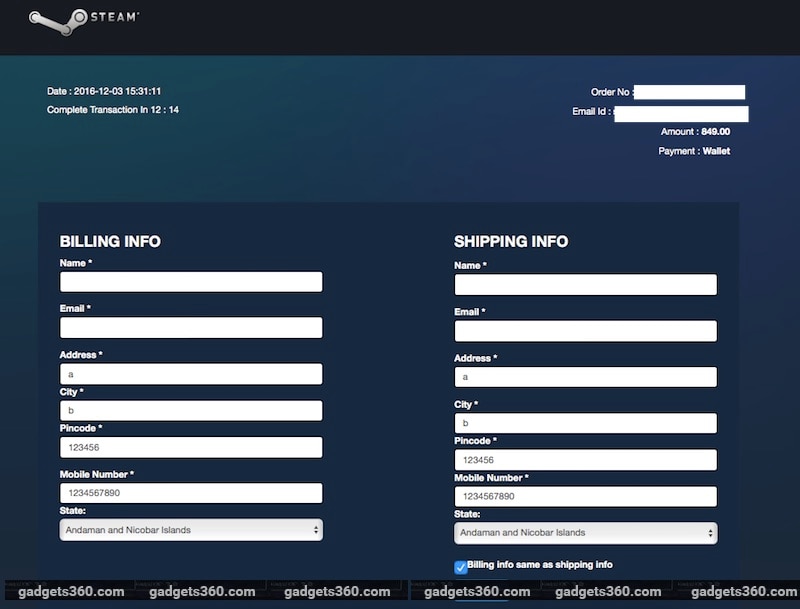 We were able to get past to the payment confirmation page using random characters, this feature is probably still work in progress

Prepaid wallets you can use for Steam in India:

Net banking support is extensive, with the likes of HDFC and ICICI along with SBI, Bank of India, and Standard Chartered now listed as direct payment options on Steam. Some such as Punjab National Bank and DCB even allow the use of corporate accounts. Oddly though, Bank of Baroda appears to be usable only if you have a corporate account. Perhaps this is a sign that this feature launched prematurely.

Other signs of this being a rushed launch include the fact that users can input random numbers and digits in the billing and shipping information pages without any verification needed (pictured above), and an odd redirection to an incorrect Steam URL which leads to an error page if you fail to finish making a payment within the stipulated 15-minute window (pictured below). 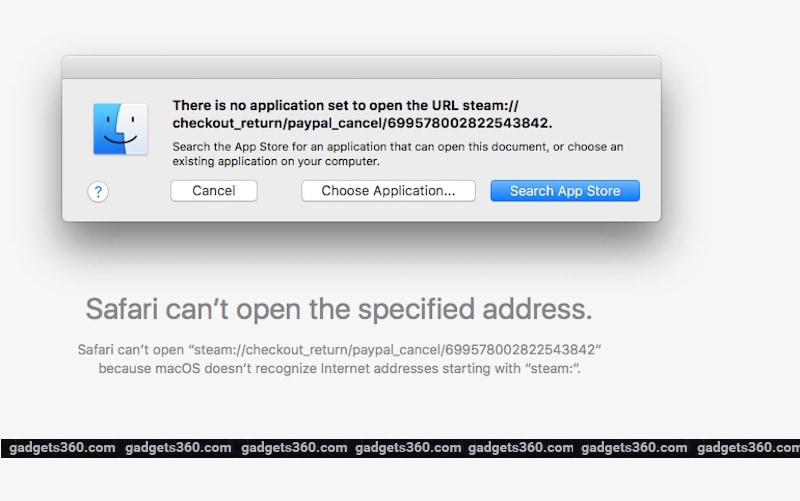 Local payment options to buy Steam games is not new. Third party sites have been allowing this for the better part of a year. Considering the above issues we’ve listed, we’d recommend holding off before making any Steam purchases with these new payment options just yet. Hopefully things will be in place before the Steam Winter sale later this month.

Disclosure: Paytm’s parent company One97 is an investor in Gadgets 360.

Nintendo shows off some highly nerdy features of the NES Mini

‘83 on a streaming platform: Will the producers call it right?

Why human contact is still key in customer service

No, Apple Has Not Unlocked 70 iPhones For Law Enforcement

Hulu and Amazon Prime Video chip away at Netflix’s dominance

Devel Sixteen reportedly not even close to production

How to Shoot and Retouch a Dynamic Cosmetics Ad in Photoshop

Let’s save the bees with machine learning