Last year, we reviewed Reigns, a new game that used swipes straight out of Tinder and matched them with an intelligent story to deliver something that was both innovative and enjoyable. Earlier this year, we got a free expansion for Reigns that added new cards, more decisions, all while developing the story further. Along with this came an announcement of a sequel called Reigns: Her Majesty.

Good news: the sequel is out now, and we’ve been playing it for almost a week as we’ve worked our way through the story and unraveled a lot of threads that the game has to offer. Owing to its unconventional storytelling methods, it takes a while the untangle what’s going on with Reigns: Her Majesty. The same was true for the first game as well, but after several days – and many, many, many dead queens – we feel like we’re finally in a position to talk about the new game.

We purchased it on iOS but the game is also available on Android – like the original game. Reigns: Her Majesty is a premium game where you pay up-front with no ads or in-app purchases on either platform. At first glance, the game appears to be much the same as the original, but with a different storyline playing out. In itself, that would probably be good enough to make people buy the game. There was little to dislike about the original Reigns – we rated the original a perfect 10 – but after we played the new title a bit more, the differences between the two games became more apparent. 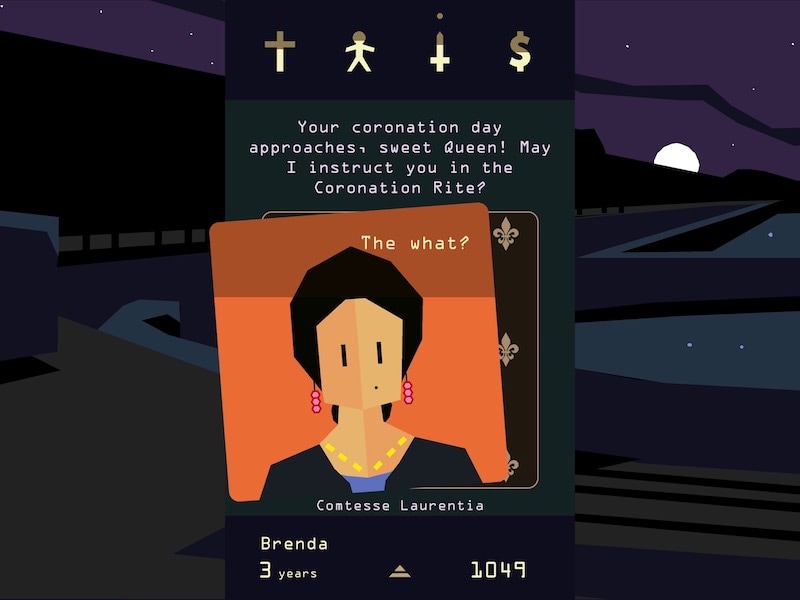 First, the similarities: like the original, Reigns: Her Majesty also features the same gameplay of swiping cards and maintaining a balance between the four factions of the game – the church, the peasants, the army, and the merchants. Each “turn” starts with you being presented a card that typically shows one of your courtiers offering something, posing a question, or bringing news. You can swipe these, either to the left or the right, and when you do, you’ll see some text showing what each response means. Although it’s important to read the text, in general, swiping to the left usually means disagreeing with the person or turning their requests down, and swiping to the right generally means saying yes.

Every decision you make can alter your standing with the different factions, for better or for worse. It’s usually a trade-off – something that makes you more popular with the church might cost you the support of the peasants, and something that makes the army like you more could upset the merchants. You have to balance all the different factions, as they’re all just as likely to kill you from loving you too much as they are because they hate you. If your priests are too fond of you, for example, you might end up locked in a tower without food as a test of sainthood, or you might be trampled to death by fanatical peasants trying to kiss your ring.

And of course, the game doesn’t show you exactly how any of the groups is going to respond to your decisions, so every time you get a new card, you’ve got to think about how people will react. The good news is that if you die – and you will – then a new queen is found and the story continues. The items you’ve gathered up pass on as heirlooms, and you don’t lose your progress. All of this is in line with the original game but there are some differences too.

For one, the story in the original game relied on your carrying out some very specific steps at very specific times, and if you missed those opportunities, then there was not much you could do about it. Reigns: Her Majesty is a little more generous, as the main ending is tied to your Zodiac sign. With each playthrough, you are assigned different sign, and so as you die and start over, you get new opportunities to unlock the “main” ending. On the flip side, since some actions can only be carried out if your queen has the right Zodiac sign, it can make things rather difficult for you. But since some playthroughs will last less than a minute, it’s not a huge obstacle.

The items you use in Reigns: Her Majesty also have a more prominent role. In the previous game, you simply had to own certain items while talking to people and they would become available. This time, you have to manually select the times, and use them on different cards. Trying to randomly use items to see what happens is risky though – doing this can earn you a reputation for madness, which will get you executed. 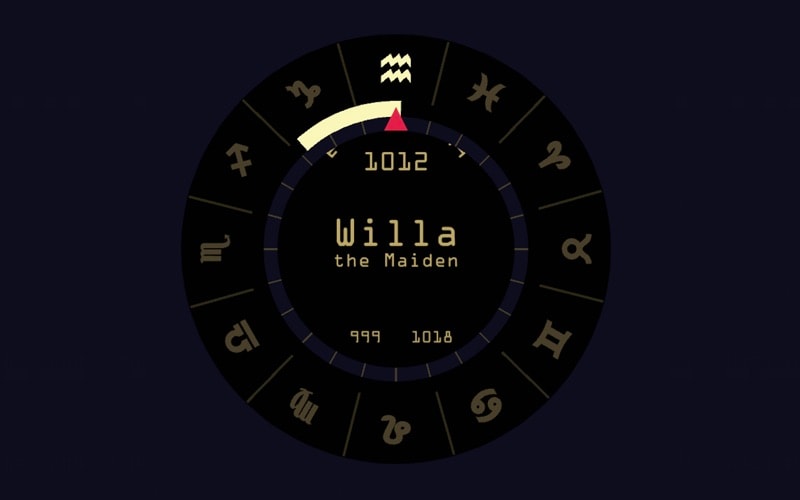 These small changes don’t sound like much but they add just enough to the game to make it more clever than before, but, just like the original, the real star of the game is its writing. The writing in Reigns was extremely funny, but it was made more impactful by the fairly unique gameplay mechanic in place. Today, you’ve got more options for Reigns-style gameplay like Artificial Superintelligence, so the sequel needed to be more than just clever and funny.

It’s a high bar, and one that Reigns: Her Majesty crosses rather easily. As the queen, you’re an outsider, and you’re often reminded that “your people” are no longer the people among whom you were born. There’s a lot of subtle – and not so subtle – writing about the role of women in society, and while it might be set in a typical sword and sandals fantasy castle, there’s no doubt that both of these questions are extremely relevant to our world as well.

To be able to bring up these points while still remaining lighthearted and entertaining takes a deft touch, and the writing of Reigns: Her Majesty had us laughing and nodding along with its pointed humour. In short, Reigns: Her Majesty more Reigns, but better. If you liked the first game, you’ll love this one too.

Researchers find that “moderate” screen use is OK for teens

These Studio Portraits of Smashed Electronics are Oddly Satisfying

Hummer maker AM General reportedly up for sale, GM and FCA interested

Hands-On with the RED Hydrogen One $1,200 Holographic Smartphone

98 Percent Of 942 AirPods Owners Are Satisfied With The Wireless Earbuds, Survey Says
Get your groove on in this week's comment thread!

Crunch Report | First Hyperloop Will Be Built in UAE

Tesla says SolarCity deal could be delayed by shareholder lawsuits

Hulu is bringing back 4K streaming for some shows and devices