IPhone 12 Index: An Average American Only Needs 6.1 Days of Work to Save Up For the New Apple Device!

The United States’ Bureau of Labor Statistics Data recently released data on the average American Wage for 2020, showing the deterioration of the wage during this pandemic by 0.3 days. The statistics show that an average American needs to work for only 6.1 days to buy Apple’s latest release, iPhone 12, the second-lowest in the world. 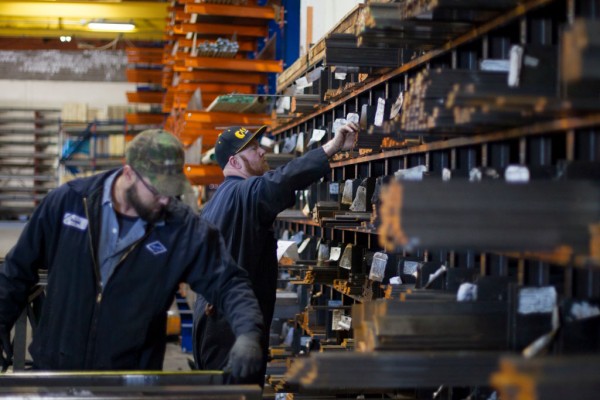 (Photo : (Photo by Natalie Behring/Getty Images))
PORTLAND, OR – MARCH 06: Laborers fill orders of machine grade steel to be shipped throughout the Pacific Northwest at the Pacific Machinery & Tool Steel Company on March 6, 2018 in Portland, Oregon.

Statistics are now releasing the latest wage reports and statistics of an average American working in the country. Recent statistics are showing a slightly lower wage compared to last year’s. Americans are placing on one of the lowest statistics in terms of days to grind for the new Apple smartphone.

Read Also: Xbox One Games Can Now be Streamed on the iPad and iPhone: Here’s How

iPhone Index: iPhone 12 for Only 6.1 Days in Average American Wage

According to Picodi, an average American can save up for a new Apple smartphone in less than a week, mainly for only 6.1 days in terms of statistics. The average annual wage of the country’s citizens amounts to $53,490 for the gross amount or $44,568.21 after-tax or the net amount. 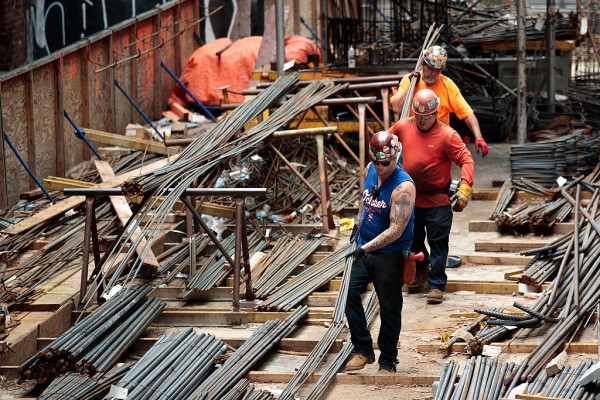 (Photo : (Photo by Drew Angerer/Getty Images))
NEW YORK, NY – AUGUST 16: Construction laborers work on the site of a new residential building in the Hudson Yards development, August 16, 2016 in New York City. Home construction in the U.S. accelerated in July to the fastest pace in five months. While housing starts were up 2.1 percent nationally, new construction was up 15.5 percent in the Northeast, led by a surge in new apartment and condo construction.

The coupons and technology company recently used the new Apple iPhone 12 as a scale for the average American wage, showing that the country’s citizen is among the low margin.

America’s average wage under the iPhone Index dropped by a fraction of 0.3 days compared to last year. America only needs 5.8 days in the year 2019 to afford one’s self of the previous model, iPhone 11. The statistics were based on the US Department of Labor’s study in May 2019, showing how much the average American earns on a year’s work.

Grinding one’s self on work indeed saves up money from wages and employee salary from employers. Picodi.com’s statistics are computing only five days of work per week, resulting in 21 days of work in a calendar’s month. The result, however, is only estimates from the US Department of Labor and would not apply to all.

The estimation is an accurate portrayal of an average American’s wages across all the working industries in the country. From finance sectors to hospital wages, and even those in the food industry, The Labor Statistics compiled everything together to determine the average salary of all Americans.

Apple’s iPhone 12 Prices are as follows:

Picodi.com focused on the iPhone 12 Pro for the iPhone Index 2020 with a starting price of $1,088 to $1,099 for the US market. This already entails a 128gb of storage but without its essential accessories in the box. The statistics point only one full week of work, an additional entire day’s work, and another point one (0.1) for the following day.

How Many Days Do Other Countries Need to Work for the iPhone 12?

On the statistic’s other spectrum, foreign nationalities have different wages that allow one to save-up and buy an iPhone 12. The top three includes Switzerland, United States, and Australia to work the least for a new Apple smartphone.

The top three countries that need to work the longest for an iPhone 12 are India, Mexico, and Russia. India and Mexico ties to 54.4 average days of work for the $1,088, while Russia follows with 47.5 days.

This article is owned by Tech Times

Did the Toyota Supra or Dodge Charger win the drag race in 2001's "The Fast and the Furious?"

The new Fujifilm X100F is a speed demon of a camera

This great value VPN deal costs just $2.50 a month to protect your tech

Newton Mail gets another new lease of life

This Guy Built an Ultimate Lightroom Battlestation for $6,000

What Disney Princesses Would Look Like in the Modern Day

The best Amazon Fire TV deals, prices and sales in March 2019
Oculus is working on a new, tetherless VR headset

Why Singapore could soon be the world's smartest city