Geely buys 9.7 percent of Daimler in $9B deal 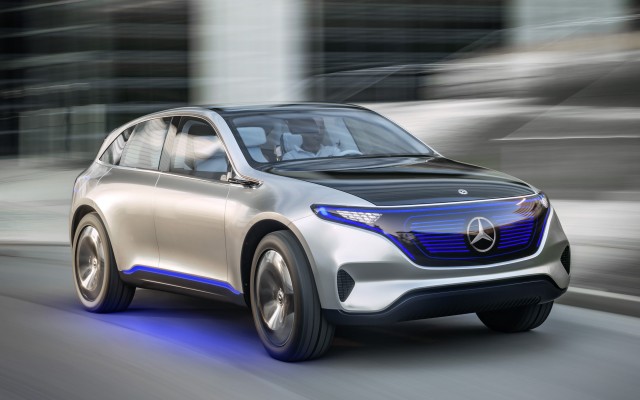 Having just acquired Terrafugia, Lotus, and a sizable stake in Proton, holding company Zhejiang Geely’s international buying spree doesn’t look to be slowing down yet.

Mercedes-Benz parent company Daimler on Saturday confirmed that Geely, which also owns Volvo and Lynk & Co., plus its own eponymous car brand, has acquired 9.69 percent of its shares in a deal valued at $9 billion.

The shares were purchased directly by Geely’s founder and main owner, Li Shufu, and means the Chinese firm is now the single biggest shareholder of Daimler, ahead of the country of Kuwait with a 6.8 percent stake and the Renault Nissan Mitsubishi Alliance with a 3.1 percent stake.

In a statement, Li said he wanted to “accompany Daimler” in the reshaping of the automotive landscape toward one filled with electric and self-driving cars.

He also stressed the importance of partnerships between traditional automakers to fend off what he deemed as “invaders” to the auto industry, namely the tech and ride-sharing companies such as Alphabet, Lyft and Uber.

It’s been alleged that Geely is looking to access some of Daimler’s technology as well as to establish an electric car joint venture in China.

Note, Daimler has already established an electric car joint venture in China with BYD. Established in 2012, the joint venture is responsible for the electric car brand Denza. Daimler also on Sunday announced that it would invest $1.88 billion together with China’s BAIC to upgrade a plant to build Mercedes models, including electric cars.

Reuters in November reported that Daimler had rejected an offer by Geely to buy a 5 percent stake at a discount, a move which would have diluted the shares of existing shareholders, but told Geely it could buy shares in the open market.

Geely, like most automakers operating in China, is under pressure to launch electrified vehicles, known locally as New Energy Vehicles, to meet tough new standards issued by the government. These include a target for electrified cars to make up at least a fifth of local sales by 2025, with a staggered system of quotas beginning as early as 2018. In addition, all major automakers must offer at least one electric car for sale by 2019. The country is also considering a total ban on cars powered solely by gasoline or diesel engines.

New VW Bus based on ID.Buzz concept pushed back to 2023

Kinin puts aromatherapy in your mouth

Do You Know Your Top 5 Photographs?

Has Porsche reinvented the brake rotor?

Reports suggest the Fable franchise could be returning to Xbox

Uber apologizes for “confusion” at JFK during immigration protest

OnePlus is once again misleading customers in India

Leica goes old-school with the M10-D

The days of Google Talk are over

Why the LA Noire remaster is the perfect match for VR

Samsung Set to Unveil Neon at CES 2020: A New Digital Assistant or Something Else?