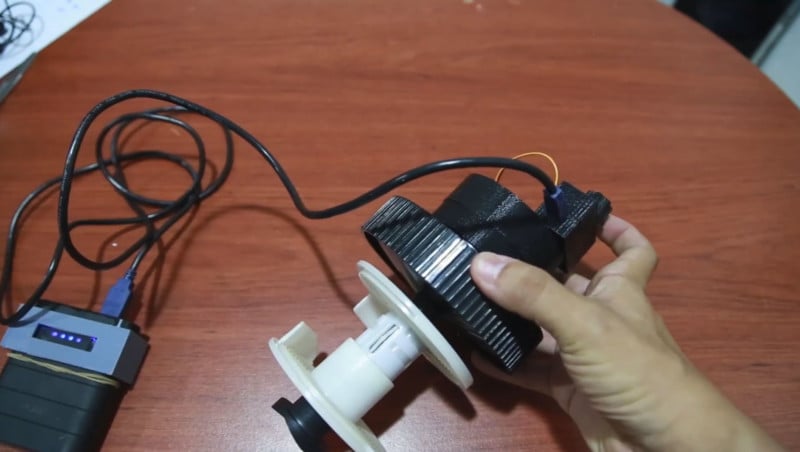 While some tinkers are building automated at-home solutions for film processing such as the Developist and Filmomat, Mexican photographer Pablo Zárate has created a much simpler processing aid: the Develophead. It’s a film development tank cap that does agitation for you.

Zárate started developing the Develophead half a year ago and has been using it for the past several months. His goal was to create a device that eliminates a photographer’s need to flip a film development tank over and over for minutes at a time to agitate the film in chemical baths.

This can greatly cut down on effort, “especially when the bleaching step on C-41 chemistry takes up to sixteen minutes,” Zárate tells PetaPixel.

Develophead is built on Arduino Nano and uses a 5-volt power source. It’s a cap that fits onto the top of a development tank, inserting an agitation rod into the hole that chemicals are poured into and out of. Turn the cap on and the rod begins to turn the film reel back and forth. A knob on the top of the cap lets you adjust the speed/intensity of the agitation. 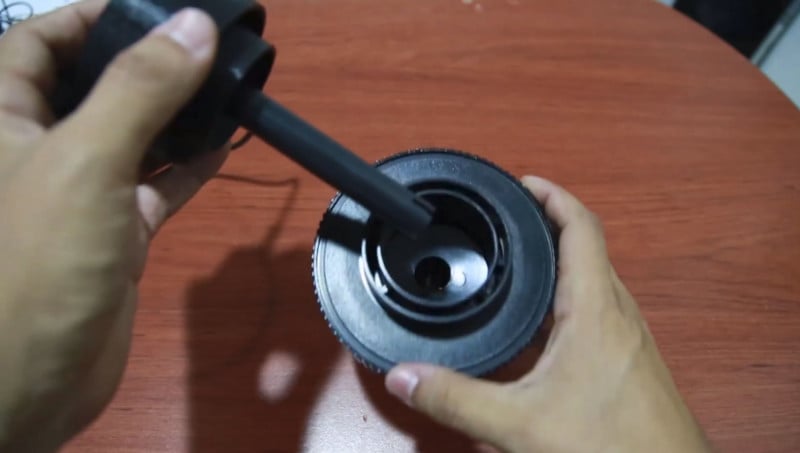 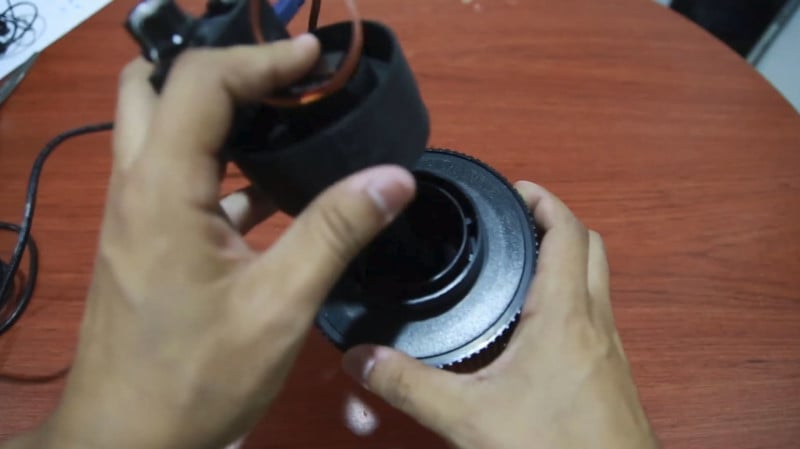 There are two agitation modes: a constant mode that spins the film reel back and forth forever, and a program mode that does constant agitation for 60 seconds and then 1 cycle every 14 seconds.

Here’s a short 3.5-minute video in which Zárate introduces the Develophead and shows how it works:

Zárate is sharing his creation with the world for free by open sourcing it. All the files and schematics for the project can be found over on GitHub. 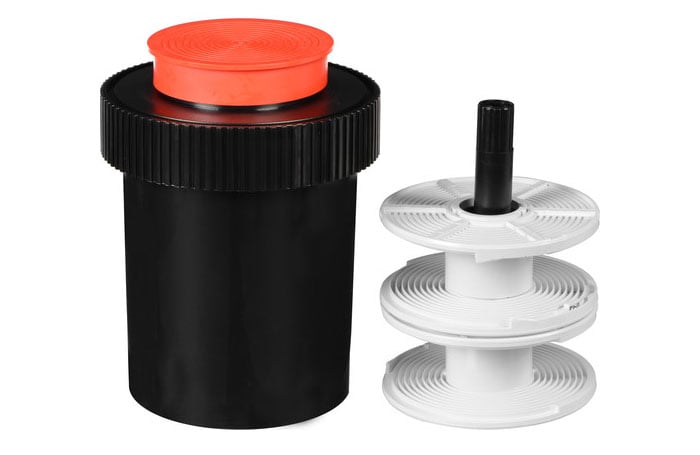 But since the project is open source, design-savvy photographers can try their hand at converting the design for other tank styles as well. You can also edit the code to adjust the program agitation mode to suit your needs.

In terms of cost, Zárate estimates that most people will be able to create their own Develophead for less than $10 if they have certain parts around already. He says he was originally planning to seek investors and manufacturers to commercialize the Develophead, but his full-time job has made it difficult to develop time toward the project. So, he’s releasing the whole package to the community for free instead.

If you’d like to make a donation to support Zárate and fund his efforts, you can do so through PayPal.

Unsurprisingly, Images That Mirror Life During COVID-19 Surged in Popularity This Year

So, what Android stuff did you get for Christmas?

Ford GT and Ford Mustang GT: A celebration of performance

6 things you need to know about Polestar

Canon Responds: There is No Delay in EOS R5 Shipments

What is digital business automation?

Apple signals a readiness to join the self-driving car race

Xbox One To Get Keyboard And Mouse Support?

Album+ organizes photos with A.I. that runs on your phone, not in the cloud

How to watch Little Fires Everywhere online: stream the new show from anywhere

Rivians will be able to charge each other, auxiliary battery packs confirmed

Twitter brings Fleets, its version of Stories, to India