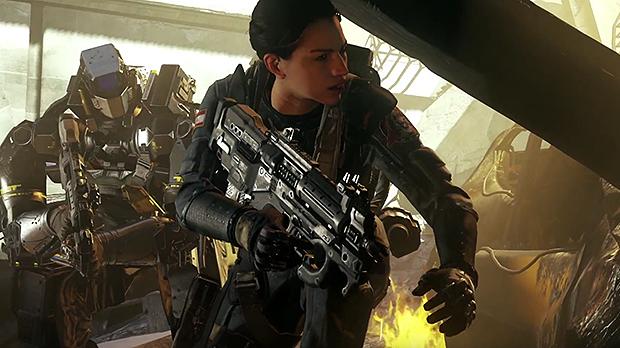 Forget the 5th, this year you want to remember, remember the 4th of November because that’s the official release date of the new Call of Duty game. But where’s the cheapest place to buy Call of Duty: Infinite Warfare?

Coming to PlayStation 4, Xbox One, and PC, the latest Call of Duty is available in a Standard edition or the slightly more expensive Legacy edition. Really, the only difference between the two versions is that purchasing Legacy also gets you the remaster of Call of Duty 4: Modern Warfare, which isn’t available anywhere else just yet.

Of course, since it’s not November 4 just yet you can’t buy Infinite Warfare in stores, but you can pre-order it online for home delivery and store pickup when the big day arrives. To help you make the best decision, we’ve gathered up the best pre-order deals around and placed them here for your perusal.

Standard Edition PS4 and Xbox One

The best deal on the standard edition for PlayStation 4 and Xbox One at the moment can be found in Smyths Toys, which is selling the game on both consoles for £43.99 with the added bonus of a £5 discount if you pre-order before midnight on November 2. The code for securing this discount is ‘PRE5’.

If you miss out on this deal, that doesn’t mean there aren’t others to be had, with the next cheapest retailer being Tesco Direct, where the game is selling for £42.

At time of writing Amazon UK didn’t have prices available for the console versions of the Standard Edition.

Legacy Edition PlayStation 4 and Xbox One

Just as with the Standard Edition, the cheapest place to preorder Call of Duty Infinite Warfare Legacy Edition is Smyths Toys where that £5 preorder discount code keeps it just under the prices being charged by other retailers.

That said, the discount doesn’t undercut these retailers quite as significantly with the Legacy Edition (it’s only a penny cheaper in some instances) so if you miss out on it before November 2 it’s not quite as galling.

The cheapest place you’ll find the PC DVD version of the Legacy Edition is Amazon but as far as downloads go, you’ll want to turn to Game.

As far as bundles are concerned there aren’t all that many jaw dropping deals including Infinite Warfare at the moment. But that could very quickly change.

AirPods 3: everything we know so far

Users and advertisers are mostly unfazed by Facebook scandal

What’s to Become of Chrysler?

iOS 13.5 is imminent – here's why its the iPhone update you've been waiting for

Stunning Shelby GR-1 concept headed to production thanks to Superformance

Brazilian Ford F-75 originally started out as a Willys

Matrix 4 release date confirmed, and it's the same day John Wick 4 is out

We tracked down the cheapest A3 printer in the whole world

Talk all things robotics and AI with TechCrunch writers

Ford hunts for a missing piece of its history

Facebook announces React Fiber, a rewrite of its React framework