According to Tech Radar, a new patent for the rumored Apple Smart Ring might use gesture control to allow users to simply point their finger at a device to send commands and control it. This is not the first time we are hearing about this device. A previous patent stated that it should come with biometric sensors, a tiny touchscreen, and Siri connectivity. 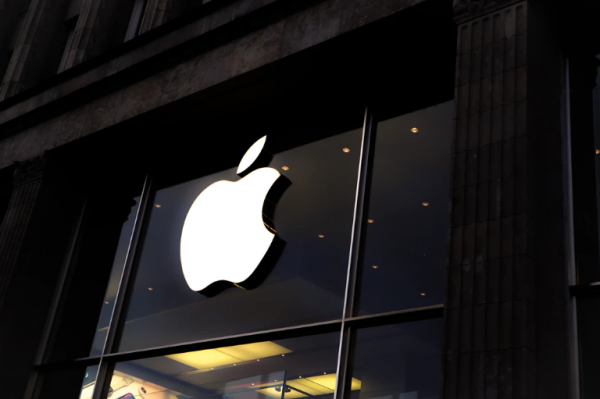 Swish and Flick: Apple’s Smart Ring will allow users to control other devices just by pointing at them

The new patent, however, suggests that users could actually have gesture control that connects the Apple Ring with any kind of device they gesture or point towards. For example, if you want to link your Apple TV, you can do so just by pointing your finger at it.

The patent also gives out a list of other things that the gestures can control: light brightness, temperature, user interface, and volume change. This suggests that the device can potentially interact with smart home appliances and not just Apple devices.

Read Also: WIN A DATE! Here’s How to Win a “Date” with Tifa or Aerith (or Even Barret!) on Final Fantasy VII Remake

There are more features to come

However, the Apple Smart Ring might not just use gestures, but could also use a touchscreen, a physical dial, and voice controls. It might even sport a trackball. There are other interesting details nested in the patent, just like using the device to send messages to another user with their own Apple Ring.

According to Tech Radar, they said that “This second look supports our suspicions that an Apple Ring would serve as a mini-Apple Watch. While we’ve seen other ring-shaped peripherals, they haven’t been proposed to directly control other devices in the same way. The Amazon Echo Loop, for instance, is really just a wearable microphone for Amazon’s Alexa voice assistant; sure, you can theoretically control your smart home with it, but only by routing each device through Alexa first.”

The Apple Ring that is being described here could actually be more intuitive when it comes to controlling each device: “Point at it and make a gesture (say, twisting clockwise) to turn speaker volume or light brightness up. The corollary: you’d conceivably have to be close to the device to control it over NFC, while Alexa can theoretically tweak linked devices from miles away,” Tech Radar added.

This device is highly likely to be another kind of alternative to an Apple Watch that relies more on the ease and immediacy of the gestures rather than just having to delve through menus.

It basically suggests a more novel method in controlling home devices, which may be a relief to those who are overwhelmed by just how complicated it could be to control and link a smart home, and how many applications and systems it takes to do so.

There is no telling if this kind of interface will work as seamlessly as the patent described unless we see the device in person.

iOS 14's Enhanced-Privacy Protection Disappoints Facebook and Other Publishers, But Why?

iOS 14 Bug: Apple Finally Allows Users to Change Default Browser and Email Apps, But It Forgets the Change after Rebooting the iPhone
more news from the blog

Portraits of the Overlooked Black Dogs at Animal Shelters

Gaming Bucket List: the moments every gamer has to experience before they die

ASUS ZenFone AR hands-on: It will probably be great once it works

Apple Offers $29 iPhone Battery Replacements, But What If You Don't Qualify? iFixit Has An Alternative

No Man's Sky Under Investigation for Misleading Advertisements

How to install multiple SIM cards into an iPhone 6s

Volty IoT solution to set up new plant in Andhra

Will Vivendi Acquire Ubisoft And Gameloft?
And the winner of Startup Battlefield at Disrupt Berlin 2018 is… Legacy

‘83 on a streaming platform: Will the producers call it right?

Yes, the massive Yahoo security breach could cost it a deal with Verizon

Returns misery? How IT can underpin a seamless January returns process

After a long journey, WAYN gets picked up by its dotcom-era brother, Lastminute.com

Disney Plus vs Amazon Prime Video: which is better for online streaming?
Iron Maiden's Nicko McBrain orders up a Greatest Hits Jaguar XJ