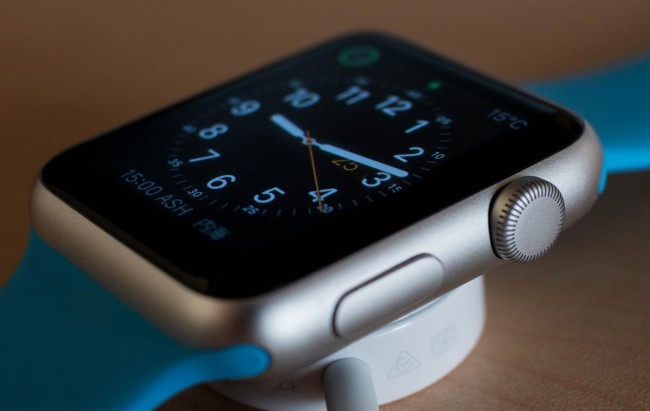 Medical technology Company Masimo Corporation and its spin-off Cercacor filed a complaint against Apple claiming that Apple has infringed on 10 of its patents with the Apple Watch. Masimo also claims that Apple stole vital trade secrets by poaching its employees.

Lodged in the U.S. District Court for the Central District of California Southern Division, Masimo Corp. and Cercacor Labs vs. Apple Inc. details how Apple allegedly stole tech from Masimo and used it on the Apple Watch.

Masimo claims that their technology revolutionized non-invasive monitoring of physiological parameters. Its technology measures health markers such as pulse rate, arterial oxygen saturation, and more using light that is transmitted through body tissue. Known in the industry as the photoplethysmograph (PPG), it is done through sensors applied on body parts such as the finger, toe, or arm.

Masimo also says that before their invention of Signal Extraction Technology (SET), PPG was largely unreliable and that the industry has given up on solving the problems. Masimo’s technology was game-changing, used today in hospitals in the United States to reduce blindness in premature infants and solve other medical issues. Conveniently, Apple also needed Masimo’s SET to improve the performance of the then-unreleased Apple watch.

In 2013, Apple approached Masimo to meet to collaborate, with Apple saying that they would “like to understand more about Masimo’s technology to potentially integrate that technology into Apple’s products.” After signing and entering confidentiality agreements and productive meetings, Apple suddenly backed off.

Michael O’Reilly, who was employed by Masimo as Chief Medical Officer and Executive Vice President for Medical Affairs since 2008, was employed by Apple in July 2013. Soon after, by December 2013, O’Reilly was already meeting with the DFA on behalf of Apple for medical applications and products that non-invasively measures blood.

Masimo seeks correction of inventorship on five patents, the return of confidential information, court fees, undisclosed damages, as well as preventing Apple from using Masimo’s technology on the Apple Watch 4 and the Apple Watch 5.

This is not the first time that Apple has been sued for infringing on multiple patents. Apple lost against WARF for a patent on out-of-order execution of computer instructions, resulting in Apple owing to the University of Wisconsin $234 million dollars in damages. While chipset maker Qualcomm seeks $31 Million in damages over chipset and connectivity related patents. Blue Mail App Developer also sues Apple for taking technology from his popular app store app and making the app absolute by building the “Sign in with Apple” feature into iOS.

The most famous example, however, is when Apple lost to patent troll VirnetX. Originally ordered to pay $626 million over FaceTime tech, the case ended with Apple being ordered to pay $440 million.

Whether the Masimo case will be another historic victory against Apple or be found frivolous is yet to be seen.

Having Problem With Upgraded Apple Watch Series 3? Here's Why It's Happening

Apple Card: Activating the physical card is a breeze

Best laptop for DJs 2019: The best laptops for music production

Siberian Tigers Take Down and Chew Up Drone

You can pre-order the BlackBerry DTEK60 from NCIX Canada

A new era for enterprise IT

Land Rover is building a special Defender inside a London store

The Market For Discontinued Photographic Film

Amazon launches ‘My Mix,’ a personalized shop filled with your favorite things

This Photographer Shot Portraits from Inside a Pitch Black Camera Box

How to keep employees productive in a pandemic

The man who owned and lost 30 Bugattis

Mercedes-Benz EQA teased ahead of 2020 debut

A Skydiving ‘Studio’ Photo Shoot with Flash Lighting in Midair

Is Netflix Disney’s next big buy and is Reed Hastings its next CEO?