Adobe releases an update to Photoshop version 22.0 including some features powered with artificial intelligence that is proven to be highly useful in image manipulation.

Announced on the Adobe Max conference on October 20, the public can now use the new sky replacement tool as well as the “neural filters” tool for editing images.

The sky replacement tool has already been announced in September. Now, people can try changing the sky for a dramatic effect while they do simple tweaks on the temperature and warmth of the foreground to create matching colors for the rest of the image.

Using Adobe’s AI Sensei platform, the sky replacement tool makes it easier for professional photo editors to switch the boring sky with something more dramatic. The feature also automatically adjusts the colors of the image to complement the complexities of the sky. More importantly, the new tool also updates other areas of the photo such as the reflection of the sky on waters or windows.

The neural filters suite includes simple effects and overlays as well as tools that can be used for deeper edits. Editors can alter a portrait’s age and facial expression using simple sliders. Augment or lessen emotions such as “surprise,” “joy,” or even “anger” by doing some clicks. 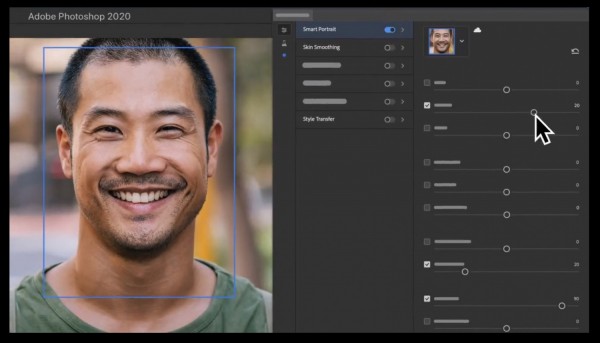 It also allows the removal of the subject’s spots or glasses, and even lets the editor transfer makeup from one face to another. To make these changes, Adobe uses the power of GANs or generative adversarial networks, which a machine learning technique that is proven efficient on creating visual imagery.

“This is where I feel we can now say that Photoshop is the world’s most advanced AI application,” Adobe’s vice president for digital imaging Maria Yap told The Verge adding that they are creating new things in images.

After years of demos and numerous research papers, some filters are familiar already to fans of AI image editing. However, the efficacy of these tools will still depend on how Photoshop users would react to the edited image. These edits will still require retouches from professional editors as the images are not flawless to begin with. However, many editing processes would be greatly sped up.

As part of a huge software update, Adobe is trying out the Content Authenticity Initiative (CAI), which it proposed in 2019. The authenticity tool adds an extra panel to Photoshop, which can be used to attach metadata. 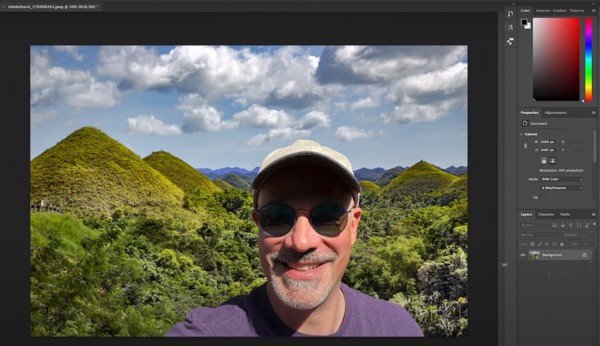 The tool is supported by Adobe’s art sharing site Behance. Once creators upload the image to Behance, users can find the image details as a pop-up panel. They can also click through to a dedicated website.

According to the video, the system can be useful in giving attribute to artists using the attribution tool. While the tool is not designed to prevent trolls from using a fake image, this can be highly useful when stating that an image was Photoshopped. In the future, Adobe hopes CAI would become a standard for attributing an image shown on various platforms like Twitter, Microsoft, and The New York Times.

This is owned by Tech Times


ⓒ 2018 TECHTIMES.com All rights reserved. Do not reproduce without permission.

Machine intelligence is the future of monetization for Facebook

Volkswagen confirms the production Crozz electric SUV as the ID 4

How to Photograph Birds in Flight

How Finance Fits Into Your Startup

Street Photography in Cuba Through a Wedding Photographer’s Lens

Samsung Cloud's 15GB of Free Storage to Be Reduced to 5GB on June 1: Report